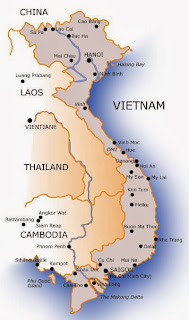 This map shows Hoi An, along the coast just below Da Nang. It was founded in the 1600's, and prospered as a major trading port for Vietnam for 200 years until the harbor became unsuitable for larger ships and Da Nang became the major port. However, many of the buildings from its early age have survived. 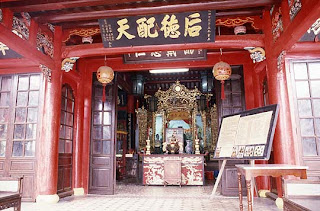 This photo shows the main altar in the Chinese Assembly hall, built in 1773.
Walking around the old town of Hoi An you have the feeling of walking through a time portal back in time yet alive today. 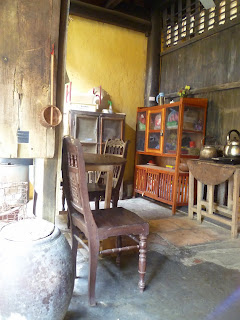 The people were so friendly, even more so than my experience in China, where people were friendly, but not as much as in Vietnam. Walking down the street people would invariably smile in greeting, and not just if they were selling something! 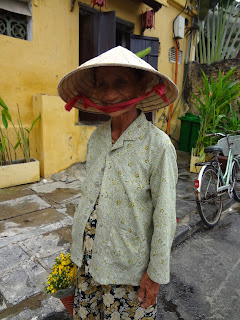 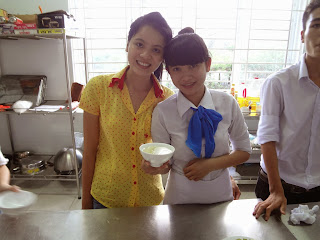