My first visit to Vietnam.

I visited Vietnam last May to conduct the site assessment, which means inspecting the prospective locations for our program, making connections with the Vietnamese college administrators whose students we will tutor, checking out hotels, restaurants, health care facilities, etc. I traveled by myself from Phoenix to LAX, then to Hong Kong, then to Ho Chi Minh City (Saigon), then Da Nang. I was met at Da Nang airport by representatives of the International Labor Organization and the Vietnamese Department of Tourism. They introduced me to the college administrators at four colleges, two in Tam Ky, and two in Hoi An. Both towns are in Quang Nam Province along the coast in central Vietnam.
Having been to China four times, I was prepared for the extreme range of images; modern Ho Chi Minh City, and Da Nang, next to very poor hamlets and villages. Cell phones, motorbikes, and water buffaloes.
I was not prepared for the friendliness of the people. Not only shopkeepers and wait staff in restaurants, but walking down the street getting nods and smiles from passersby. 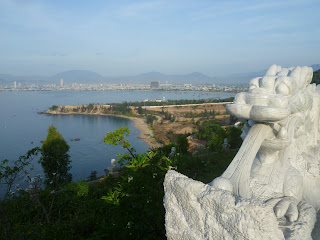 I experienced no tension, animosity or negativity of any kind from anyone in Vietnam, including English speaking taxi drivers to whom I inquired about their war experience. From one I learned his family had paid off the south Vietnamese army so he could spend the war time on his grandparents' farm in the countryside. From another I learned that he lived near Hanoi and his home was destroyed by an American bomb, but fortunately no one was hurt. From still another I learned that he was the offspring of an American GI and a Vietnamese mother, and being mixed race has meant ostracism by other Vietnamese.
The trip and personal interactions with Vietnamese people have given me a huge mental reset of my idea of Vietnam. Prior to my visit I associated Vietnam with the War, as my adolescence was consumed by the daily TV reporting of deaths and casualties and political and military actions in the cause of defending democracy from the plague of communism. At the time, the US government viewed communism the biggest threat to world peace and the American way. One can only wonder how things might have turned out had we not waged war in southeast Asia and let communism burn itself out. 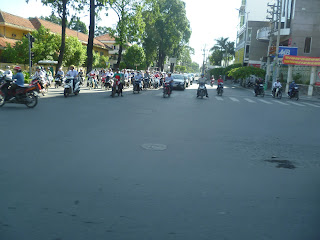